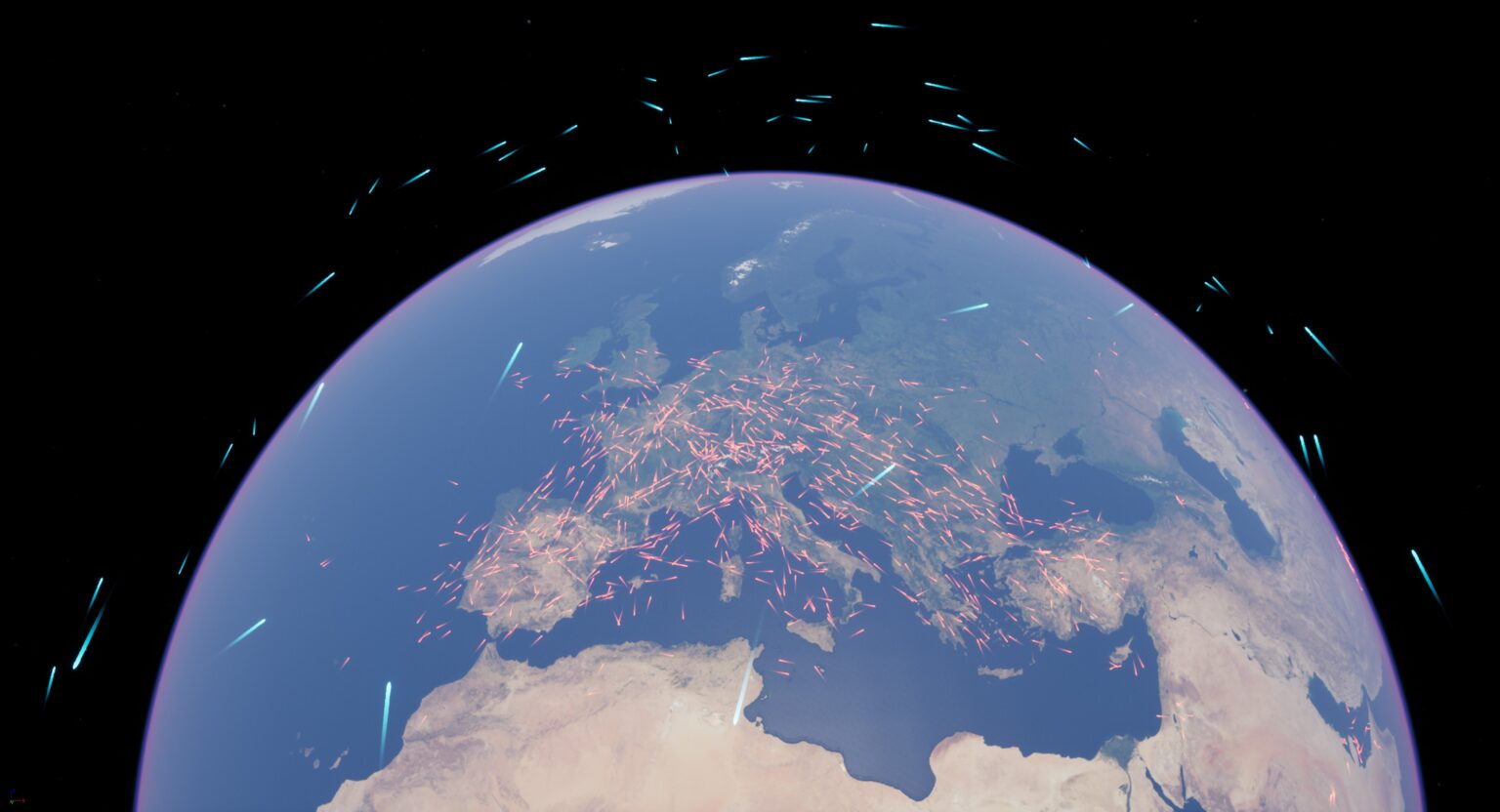 Is it possible to simulate over 10 000 entities in HLA and have them visualized in Unreal Engine? If you ask Agenium 3D Labs, seated in Toulouse, France, the answer is yes! With a team of 20 highly specialised 3D-engineers the subsidiary is leading Ageniums efforts to utilise the latest technology to solve complex visualisation challenges.

Over the last 10 years Agenium 3D Labs have built a strong reputation in France as a leading provider of 3D terrain and model generation for the simulations industry. Going into Eurosatory 2022 the team was keen on making a technical demonstration that showcase their abilities. In practice this meant using Unreal Engine 5 to create a multi-domain simulation with both ground, air, and space entities.

At the forefront of the technical charge was Agenium 3D-engineers Nicolas Brugie and Maxime Isnel. They both have a solid background in simulation and visualisation with a resume filled with advanced university degrees and several years of hands on experience.

Over the last few years they have specialised in Unreal Engine to understand what capabilities a modern game engine can provide to the simulation industry.

Defence and Space have a lot of legacy simulation engines that does the job fine. But, as a 3D-engineer I must say I love what Unreal Engine have done. Thanks to a thriving community and ecosystem we can easily find and download models that lets us quickly create high fidelity and realistic visualisations for our customers.

The idea of the demonstration was easy. Agenium wanted to create a multi-domain simulation in Unreal Engine with both ground, air, and space entities. In detail they wanted to:

To build the demonstration it was essential for Agenium to find a way to easily set up a simulation and connect it to Unreal Engine. To reduce time and cost of development, Agenium chose the well established HLA standard and Pitchs’ suite of COTS-products. After discussing their needs with Pitch a system architecture was developed, consisting of:

After a successful integration Agenium could proudly declare they had reached their goals. While exhibiting at Eurosatory they demonstrated a multi-domain-simulation consisting of over 10 000 entities visualised in Unreal Engine. Of these around 9000 where pushed over HLA (8000 airplanes, 1000 ground vehicles). Another 1000 satellites where simulated directly in Unreal Engine using Ageniums SDK plugin.

Using Pitch’s products we’ve been able to create a next-gen simulation where thousands of entities are simulated in real time over HLA and visualized in Unreal Engine 5. This could not have been done without the great support from the Pitch Team!

Even though the project was technically complex, the ease of using standard COTS-products meant that development focus could be put on optimising and polishing the 3D-environment.

During the project we really got to push our tools and knowledge to the limit. The main obstacles we found was of course around optimization on how we could visualise such a large number of entities in Unreal Engine. With some clever optimisation we were able to push the scenario right to where we wanted it.

All in all, the usage of the Pitch products in conjunction with the Unreal Engine is a great showcase of how well established open standards such as HLA can be a driver of innovation as it provides a solid backbone that new technologies can tie in to.

From Pitch perspective we’re always excited to see our customers push the limits and capabilites of our products and solutions. Don’t hesitate to reach out for more information on demo or advice on how you can use HLA and Unreal Engine to empower your next simulator!

PrevPreviousThe Door Gunner Prototype
We use cookies on our website to give you the most relevant experience by remembering your preferences and repeat visits. By clicking “Accept”, you consent to the use of ALL the cookies.
Cookie settingsACCEPT
Manage consent