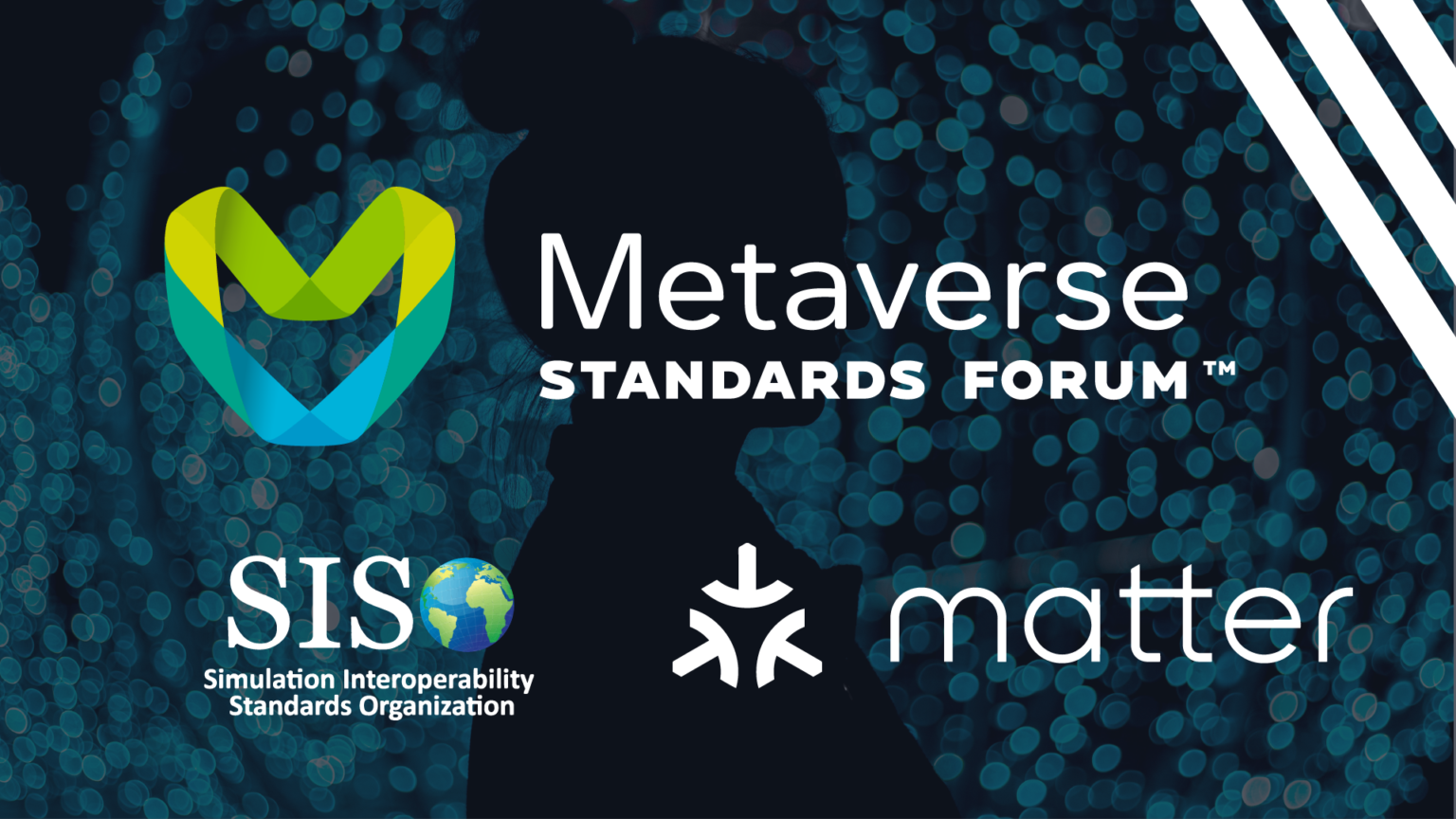 Interoperability is advancing in the metaverse and for IoT – What can defence and space communities learn?

The launch of the Metaverse Standards Forum and the Matter initiative that look to standardise smart homes and IoT platforms are recent examples of diverse industry players coming together to tackle macro-level problems like interoperability. Both initiatives are clear that open standards and industry consensus are essential to achieving their goals. How can defence and space simulation communities learn from these initiatives?

Within defence and space industries, standards for interoperability are a long running success factor. While the general trend favour open architectures and standards, recent years have seen other ideas presented as possible alternatives. With increased demands on connectivity, scalability, and security, the need for defence and space simulation communities to use open standards has never been greater.

What is an open standard and why are they important?

According to Wikipedia, an open standard is a standard that is openly accessible and usable by anyone. Open standards establish the building blocks for innovation, support interoperability, and foster global competition. In practice, the definition and development of an open standard is carried out by a central non-profit organisation such as Metaverse Standards Forum (MSF), Matter or in the case of defence and space, the Simulation Interoperability Standards Organisation (SISO), NATO Modelling & Simulation Group (MSG), Open Geospatial Consortium (OGC), and a few others.

More importantly, an open standard infers a promise to the end user that solutions acquired in the future will be interoperable and well-functioning as part of the larger, preestablished ecosystem. Excellent examples of open standards that have been widely and successfully adopted are the Internet Protocol(IP), USB and WiFi. Even though these standards have been around for several decades, continued investment and development has kept them relevant and valuable for the marketplace as a whole.

Why have the world’s largest metaverse and IoT giants decided to embrace open standards?

We can reasonably expect that MSF and Matter will focus on mass consumer markets (at least initially). For smart home technology developers, Matter provides a unifying open standard that allows developers to introduce proven technologies interconnecting IoT devices built to the same standard, reliably and securely. Offering standards-based products increases consumer adoption overall, as use of one standards-based product helps push demand for other products based on those standards.

Developers also know that they alone cannot provide all the solutions that consumers need in their homes. So standards like Matter are fundamental to scaling the IoT market. Certification of compliance to open standards means that consumers can choose devices from a wide range of brands and not worry about compatibility issues.
Alternative proprietary approaches, no matter how large the offering organisation, generally only reach a subset of the market resulting in limitations of features plus higher costs for consumers.

What can Defence and Space simulation communities learn from these initiatives?

The world’s largest and most innovative tech companies are embracing open standards, an action that implements their belief that open standards are a crucial part of the future. It’s the path that will help viable and innovative solutions reach mass consumer markets at scale. In adopting open standards, these giants are moving away from monoliths and are embracing a microservices architecture which allows rapid adoption of new technology and faster response to end user needs.

Corporations often tend to develop closely coupled proprietary solutions, a tendency that is not unique to defence and space industries. At first thought, a proprietary solution may seem to offer short term incentives – It may seem quicker and easier to develop and initially appears to cost less, but the real world is full of case studies revealing the opposite to be generally true. Loosely coupled architectures based on open standards yields rewards of longer term maintainability, flexibility and extensibility along with reduction of full life-cycle cost.

Within defence and space industries, a number of open standards have been developed and adopted over the years. Today defence and space simulation projects have reference interoperability standards and supporting tools that are ready for use without needing to develop (aka “reinvent”) their own frameworks. As a result, defence and space are already well positioned to exploit much of the benefits that other initiatives like MSF and Matter are only now setting out to achieve.

Development and evolution of standards need continuous investment in resources; else they can become suboptimal. It is vital that the space and defence communities continue to invest and actively contribute to the development and evolution of interoperability standards so they always serve the needs of end users. It is equally vital that the industry actively exploits available open standards (without resorting to quick fixes) when developing new solutions. In that way, a thriving open ecosystem is maintained, offering plug-and-play interoperability, increased reuse and better value for end users.

By truly embracing open standards, defence and space industries will have the freedom to focus on building innovative new technologies and find wider reach for their products in international markets, instead of creating and solving new interoperability issues. Recent developments in the metaverse and IoT markets make one thing clear – Open standards form our path to the future.

We use cookies on our website to give you the most relevant experience by remembering your preferences and repeat visits. By clicking “Accept”, you consent to the use of ALL the cookies.
Cookie settingsACCEPT
Manage consent