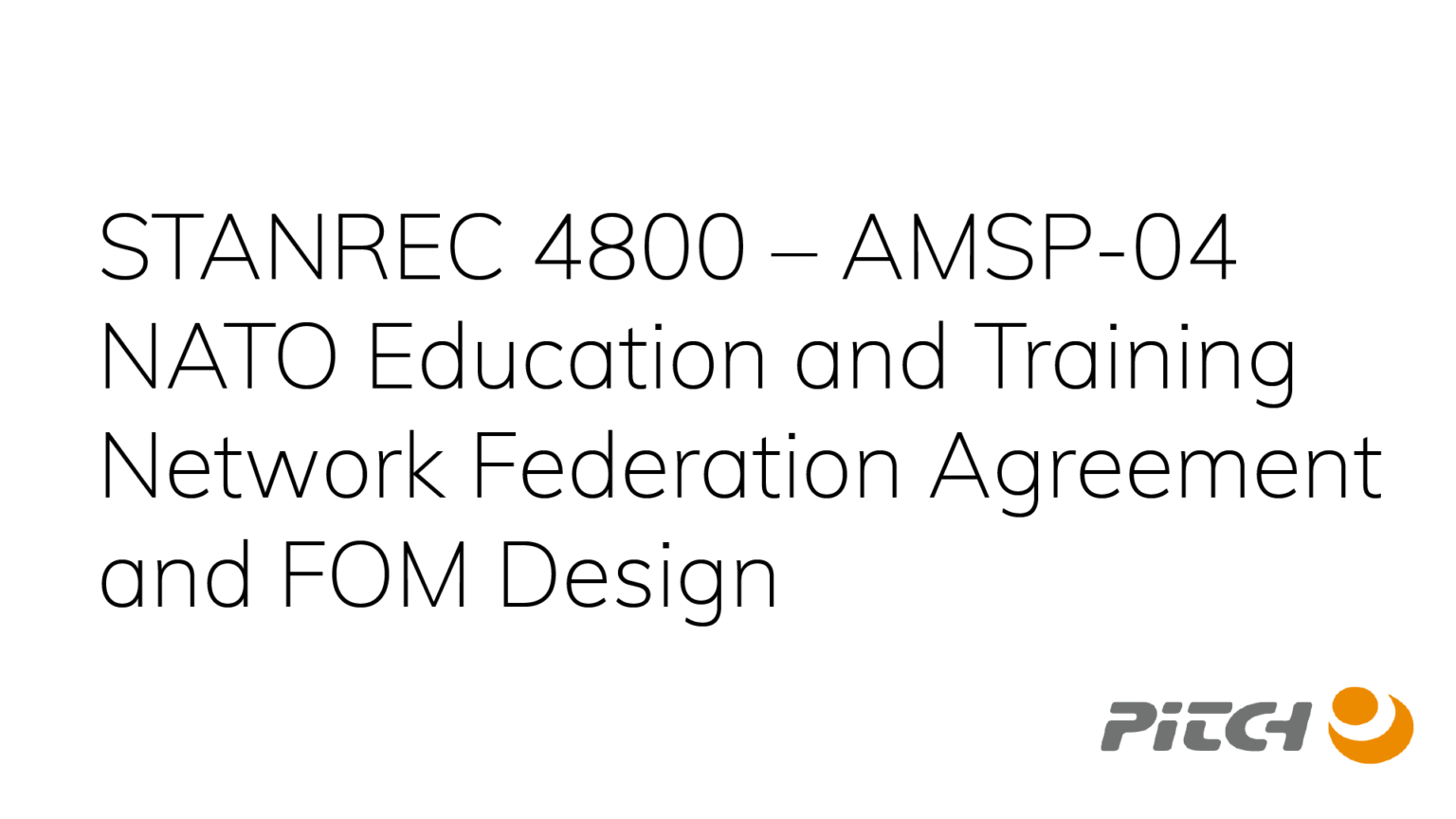 Efficient and effective use of NATO and national Modelling & Simulation (M&S) capabilities requires standards for networking and simulation interoperability. The NETN FAFD is a NATO standard recommendation (STANREC 4800) how to represent shared data in distributed simulation environments where M&S services (federates) are connected and federated using the NATO mandated High-Level Architecture standard (STANAG 4603).

In March 2018, the NATO Education and Training Network Federation Agreement and FOM Design (NETN FAFD) document was released as the Allied Modelling and Simulation Publication (AMSP-04) covered by NATO STANREC 4800. This release can be considered the culmination of work, related to Federated Simulation Architecture and Design, conducted over a series of NATO Research Task Groups from MSG-027 starting in June 2003, MSG-052, MSG-068, MSG-106 until MSG-134 ending in December 2017. Although this version of the NETN FAFD is a major milestone, the work continues and the standard evolves based on feedback, new requirements, new concepts, new technologies and updated standards.

This paper describes the background & purpose of NETN FAFD, its current modules and rationale for each, examples of use in major exercises such as Viking, and finally a description of what is going on right now in MSG-163 with evolving the standard and some ideas on what we can expect in future versions of the standard.

PrevPreviousEvolution of NATO standards for federated simulation
NextSecurity in Simulation – New Authorization Opportunities in HLA 4Next
We use cookies on our website to give you the most relevant experience by remembering your preferences and repeat visits. By clicking “Accept”, you consent to the use of ALL the cookies.
Cookie settingsACCEPT
Manage consent